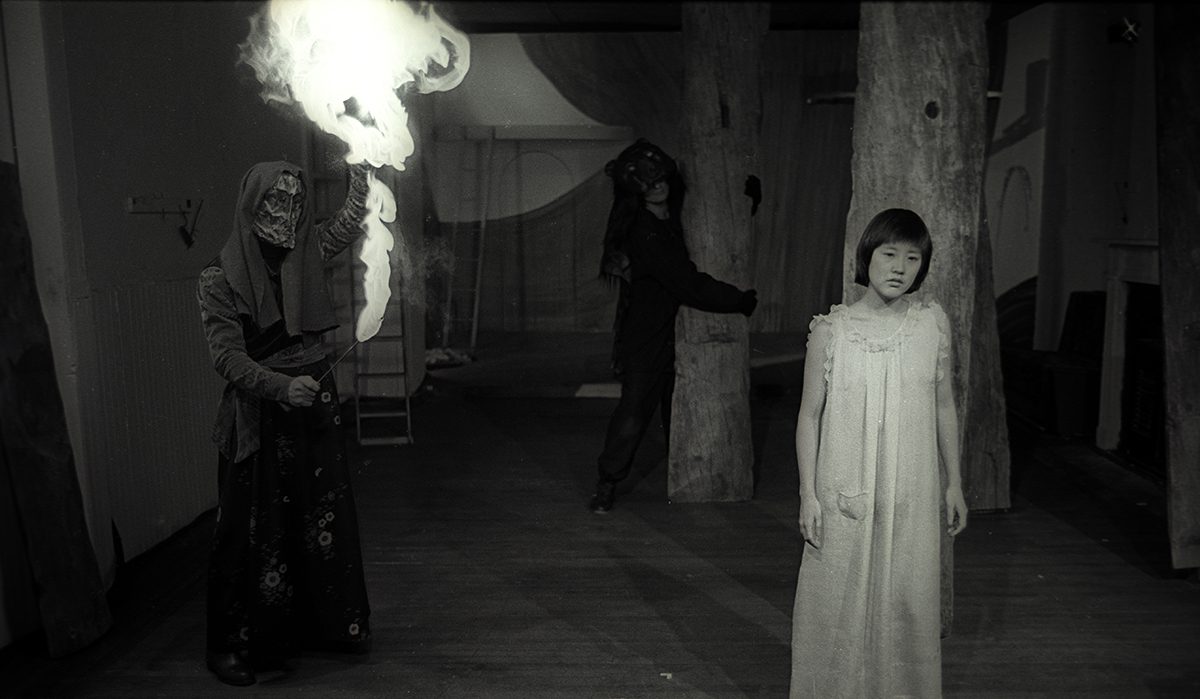 “Ms. Nagrin, a staple of downtown Bohemia for more than half a century, belonged to a tribe now all but extinct in Manhattan for whom theatre was truly a religion, a means of pursing the ineffable.”  Ben Brantley, New York Times, June 2007

Lee Nagrin was an OBIE award-winning theatre director, performer, playwright, visual artist, choreographer, singer, a builder of theatre spaces and a theatre producer. She is considered a pioneer in the field of image-based theatre and interdisciplinary performance work.

She arrived in New York (from her native Seattle) in 1954 and pursued a career in acting and painting. An entrepreneurial streak saw her active in the development of the off-Broadway theatre as a founder of theatre spaces and an important producer of the Theatre of the Absurd: in 1958 she introduced to American audiences Eugene Ionesco’s The Bald Soprano and Jack, at the Sullivan Street Play House.

In the late 1950s Nagrin briefly found her self in Hollywood appearing in the cult film The Blob (1958). But she eschewed the actor’s traditional path and turned down a seven-year studio contract with Paramount Pictures, instead returning to New York to produce.

In 1965 she left theatre to concentrate solely on her painting; this decision coincided with her marriage (1966-75) to the dancer, choreographer and author Daniel Nagrin and their subsequent move to their work/live place at 21 Bleecker Street. Between 1965 and 1980 Nagrin created a series of large panelled paintings in the medium of industrial lacquer. Their figurative and expressionistic nature was contrary to the prevailing movements in visual art at the time. The overriding concern for Nagrin was the discovery of self and others through paint.

In 1971 she made an unexpected return to live performance appearing in Meredith Monks Vessel and went on to be a key performer in Monk’s work until 1981.

In 1979 Nagrin premiered her first theatre work Sky Fish at her loft space by now named The Silver Whale Gallery. Drawn from a series of dreams, it set the tone for what followed. The imagistic theatre she created between 1979 and 2007 contained some of the most beautifully mysterious and surreal images of any that could be seen in theatre over the last fifty years. In the making process her dreams became watercolor paintings — she considered them “the seeds of her theatre” — which she transformed in to three-dimensional worlds on stage. It was Nagrin’s desire to find a way to make her paintings move and in the process of doing so brought forth her unique hybrid sensibility. “Moving-painting- sculptures” is how Nagrin described it.

Her final work Behind The Lid, in collaboration with the puppeteer and director Basil Twist, premiered at the Silver Whale Gallery in June 2007 in the same week as her death.