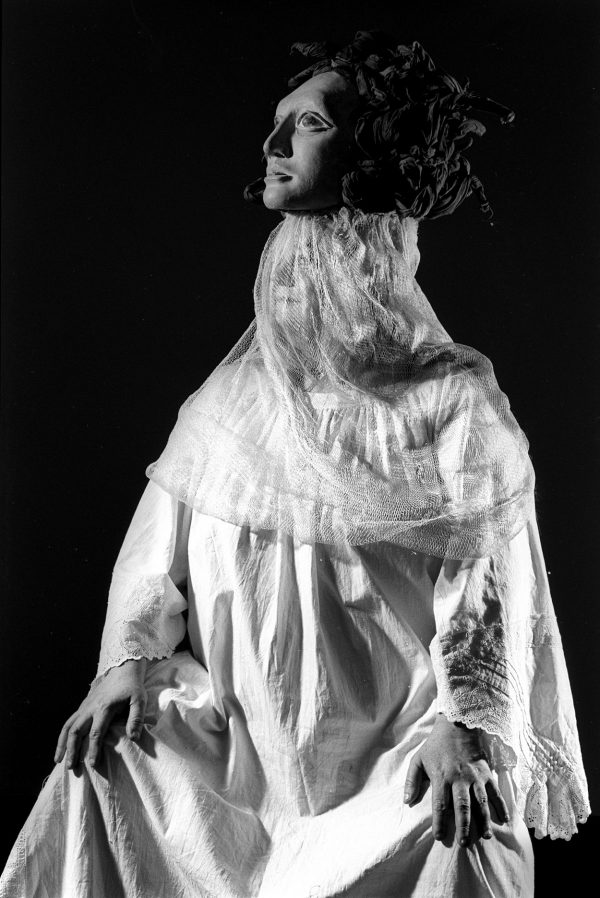 After a successful Kickstarter campaign, Nagrin’s last theatre work – a collaboration with Basil Twist – has been made into a beautiful documentary-performance film by Steve Lippman. The film premiered at the Brooklyn Academy of Arts cinématek series Puppets on Film in October 2014.  Followed by a screening in June 2016 at HERE, NYC. More screenings are planned for the future.

The book depicts the life of a pioneering and idiosyncratic artist who carved out a singular path in a career that afforded many opportunities for commercial success.  It traces Nagrin’s beginnings in Seattle and the influences both personal and artistic that shaped her. It details Nagrin’s arrival in New York in the early 1950s and the untold story of her contribution to off-Broadway theatre: as an actress, a founder of theatre spaces and an important producer of avant-garde theatre. It documents her successes and controversies as a producer.

It examines a crucial shift that took place in Nagrin’s artist life: in 1965 she left the theatrical world behind to concentrate on her painting. Nagrin described the transition to painting as “something turning inside” and it was in fact Nagrin following her artistic impulses and defining a creative life on her own terms – a one defined by process. The paintings she produced in these years had very little public exposure with limited exhibitions. Reproduced here for the very first time are unseen industrial lacquer paintings, watercolors and sculptures, from all periods of her career.

The book reveals how Nagrin’s immersion in painting actually enabled her eventual return to making theatre, and how one process informed the other. Between 1979-2007 she created a unique body of work that drew from her unconscious and inner world – her dreams were prima materia – and from this liquidus state watercolor paintings, sculpture and language emerged which Nagrin transformed into three-dimensional forms on stage, and what she memorably described as “moving-painting-sculptures”.